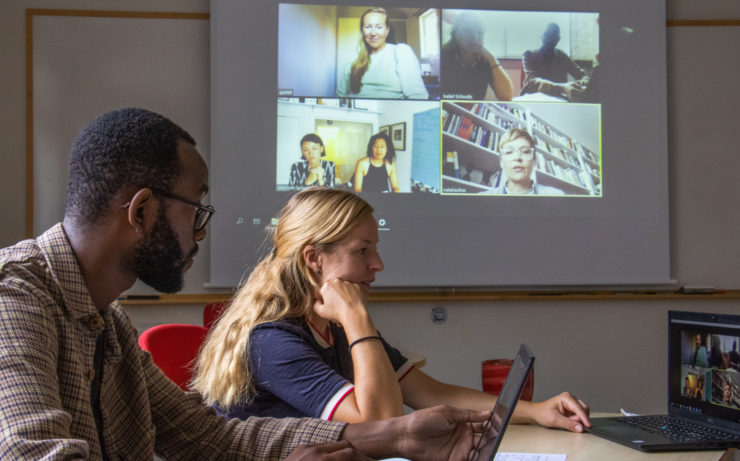 What are you investigating in this research project?

This research project is a joint effort that explores how the Nordic countries – Denmark, Finland, Norway and Sweden – counter the exploitation of migrant workers, legally and politically. By looking at how policy intentions are transformed into law in practice in the different countries, the project seeks to advance the scientific understanding of differences and similarities in the ways that Nordic countries respond to the exploitation of migrant workers.

Why is that important to study?

Although the Nordic countries are internationally recognised as countries with strong welfare states with well-regulated labour markets, they have struggled to prevent and curtail the exploitation of migrant workers in different sectors of the labour market. This project seeks not only to increase awareness of and scientific knowledge on the exploitation of migrant workers but also to provide a basis that informs changes and improvement of existing policies and practices.

How are you researching the phenomenon?

We will conduct a policy analysis on governing national policy documents that specifically cover the “exploitation of migrant workers” to see how the different countries intend to combat the problem. These policy documents include legislation, official national strategy plans, annual reports, evaluations and action plans. We will also collect and analyse court cases from each country in order to investigate the way in which the policy intentions are enforced in practice. This means that we will analyse the connection between policy intentions and “law in action” and identify potential discrepancies between how the problem is represented and constructed in policy and how the judicial system then addresses or attempts to “solve” the problem in practice.

What challenges have you identified so far?

We are trying to find similar ways to collect data from the different countries and the challenge lies in navigating the different countries’ legislation and national strategies. This means that the difference in the countries’ policy and “law in action” approaches is reflected in how much data and material can be collected in each country as well as which legal areas and type of cases are relevant to analyse. For example, if one country’s legislation focuses on the prevention of “social dumping” of the labour market, the legislation and court cases analysed here will be different from the legislation and court cases of a country that sees exploitation of migrant workers as human trafficking. This is what we discussed during our first project meeting August 28th.

What long-term effects could this project have?

The comparison of the different countries’ approaches is relevant for practitioners and policymakers. We intend to share the results of this project outside of academia, as we believe that these results will potentially be fruitful for practitioners in the work to combat exploitation of migrant workers.

Who are the researchers working on the project?

The project is a collaboration between researchers from Denmark, Finland, Norway and Sweden. The participating researchers are the following:

Nordic projects in the ECPA contest